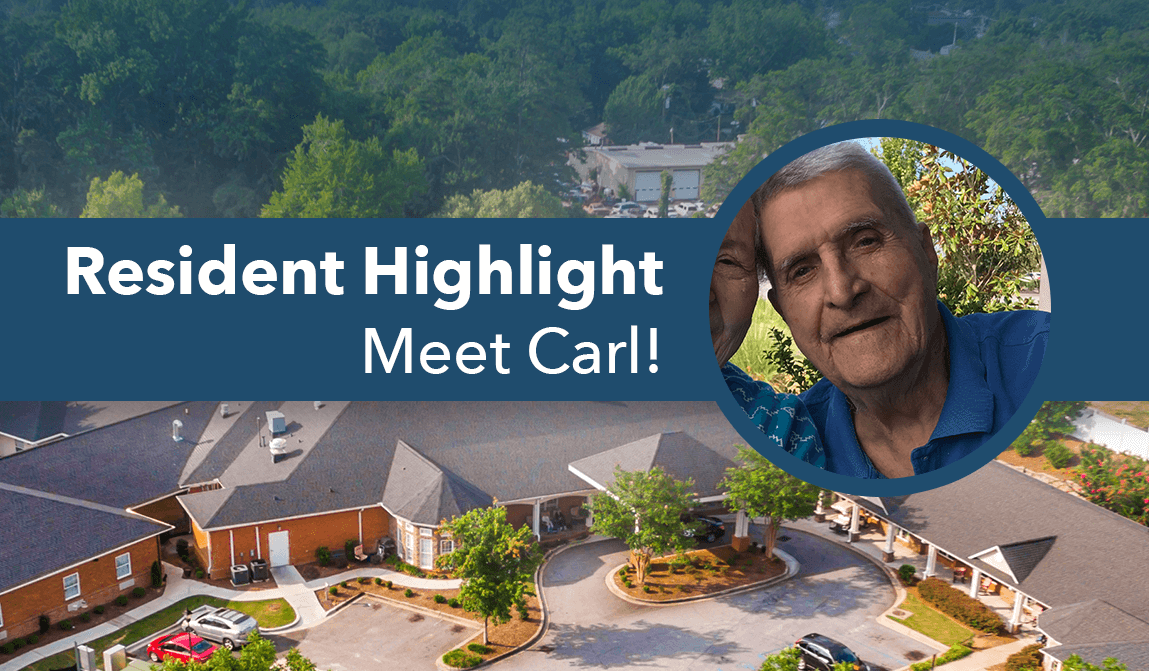 The Springs at Simpsonville’s October Resident of the Month is Carl! Carl is originally from Cambridge, Ohio, but spent the majority of his life in Charleston, SC which is where he calls home. He grew up on a dairy farm but joined the Navy after he graduated from high school. He was a medic (X-ray technician) attached to the Marine Corps. When he was 20 years old, he was stationed in Charleston, SC and remembers getting off the city bus on Calhoun Street and walking the city for the first time. 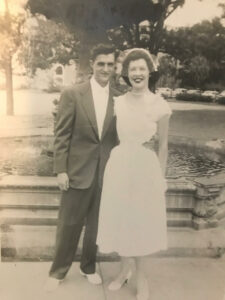 While stationed in Charleston, he went to a dance where met the most beautiful woman he had ever seen. He couldn’t dance, but he asked her to dance a lot that night. However, he also danced with one of the ugliest women he had ever met. She wasn’t getting asked to dance so Carl asked her several times. Meanwhile, his buddy kept asking the beautiful girl to dance. Later that night, he and his friend flipped a coin to decide who would ask the beautiful girl out on a date.  Carl cheated and won, but he never got the nerve up to ask her.  A week later, he was set up on a blind date.  Who was it?  The beautiful girl he hadn’t had to nerve to ask out – Marjorie – and the romance began.  They were married for 65 years until the day he held her hand while she passed. 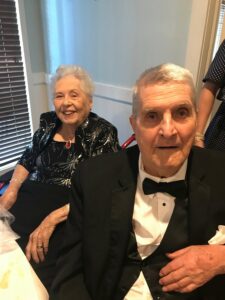 Carl has always had a great sense of humor and is very mischievous. When dating Marjorie, they would sit on her front veranda and suddenly he would yell, “No, I won’t marry you, Marjorie!”  He would die laughing while she threatened to kill him. After they got married, he would give her money. While she was busy, he would take a twenty out of her money and give it to her again, telling her it was extra.  She would be delighted while he grinned his mischievous grin!  There was never a dull moment in the house.  Marjorie laughed at Carl (who she called Mac) throughout their marriage. He has over 1001 reasons why he loved her, but laughter was one of the best.

After leaving the Navy, Carl attended the Citadel.  He became a salesman and worked for several companies before deciding to become his own boss.  He became self-employed and started selling items (like sunglasses and costume jewelry) to country stores.  He even sold socks at flea markets. He eventually opened his own store in North Charleston. After his “retirement” (he never retired), he started driving a van and box truck to do contract trips for freight companies.  That was his true love!  He was able to drive all over the United States, see it, and get paid for it. Marjorie was usually on the passenger side, reading to him. His last trip was a short 5 years ago, to Dallas – he constantly talks about that trip and how he misses the road.

Carl has two daughters – Nancy who lives in Charleston and Jean who lives in Simpsonville.  While he calls all the staff at The Springs “baby doll”, his girls were the original “baby dolls!”  Nancy is the Dean of Academics at Bishop England High School and Jean is an accountant, self-employed. He has five grandchildren and two great-granddaughters. He is the proudest of his family and his family is very proud of him too.

Here are a few quotes as to why he is special to them:

“Granddaddy is special because he always holds and pats my hand when he’s talking to me to show me that he loves me.” – Clair Cook, Carl’s granddaughter who is a graduate student in Syracuse University, NY

“Gdaddy is special because he is the biggest animal lover I know. He loves to spoil them and let them know they are the most loved pets in the world.” – Erica, Carl’s granddaughter who is an Environmental Scientist in Atlanta, GA

“What makes Grandpa special is that he never stopped working so he could always take care of Grandma.” – Conrad, his grandson who is an accountant in Greenville, SC

“Daddy is special because he loves us unconditionally and would give the shirt off his back to someone in need.” – Nancy, his daughter

“Daddy is special because he never gives up.  He’s a fighter through and through.” – Jean, his daughter

Join us in congratulating Carl as our resident of the month for October!

Ann – Resident of the Month

The Springs at Simpsonville’s resident of the month goes to Ann! Ann is originally from…

Congratulations to Mary H., our June Resident of the Month for The Springs! Mary was…

Kelly Turner – Employee of the Month