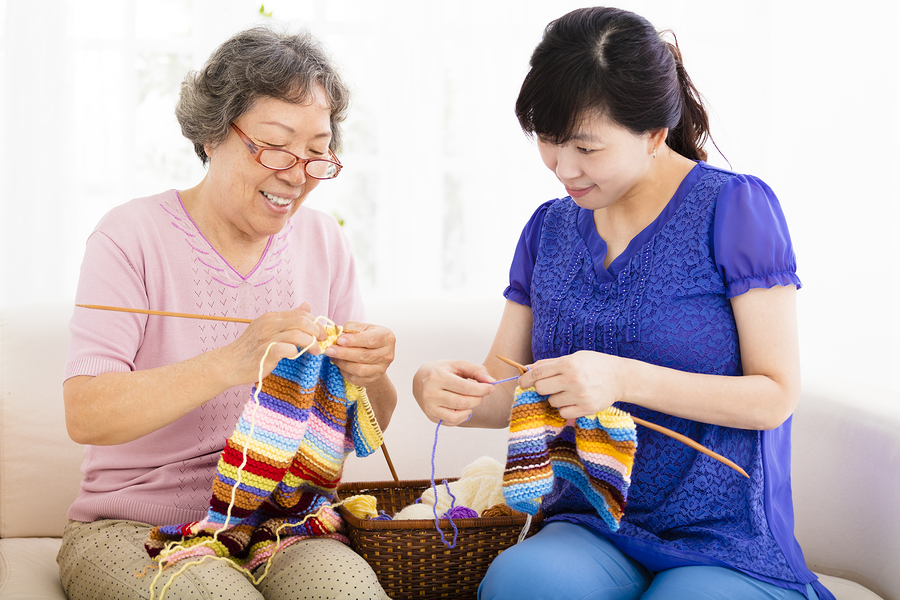 Janice was a vivacious, outgoing person most of her life. When she became widowed at 73, she wasn’t sure how her life would change. She simply knew it was going to change. She didn’t want to live her life without her husband, but that choice was not hers. At that time, the last thing she even would’ve considered was assisted living for senior care services.

Then, at 81, she found herself struggling with many things that had once been easy. Even preparing a simple breakfast was a complicated process that took way too long. She wanted something easier.

It was a few weeks before Janice began to genuinely think about the prospect of assisted living. At the time her daughter mentioned it, she knew very little about it. She honestly thought it was for people who were at the end of their life, and Janice still felt far from that reality.

Janice eventually agreed to at least look into it.

She took a tour of a local facility with her daughter. She was amazed to see how it didn’t fit into her preconceived notions at all. It was like an upscale living community. It even had a four-star restaurant on site where she could enjoy breakfast, lunch, and dinner prepared by an experienced chef every single day, if she wanted to.

What she also learned on that tour was that a number of activities were available for residents. She wasn’t just going to be sitting around waiting for each day to end, checking out classic movies on a black and white television screen, and hoping for some decent conversation every once in a while.

When she got married out of high school and had children, her priorities changed. While her kids had taken some piano lessons along the way, and her son learned the guitar, she didn’t think it was realistic for her at that time.

Eventually, her aspirations to play the piano had taken a backseat in her life. Now, though, because this specific assisted living facility offered residents lessons through a local musician who came in to teach a couple of days a week, it was an option once more.

Janice had a tremendous amount of fun each and every day at those lessons. The best part, too, was the baby grand piano down in the lobby where she could practice. While this was just one thing, one small thing for one individual, for Janice it meant everything. It gave her hope and, at 81, a new outlook on her future.

If you or an aging loved-one is considering a move to an Assisted Living Facility for Senior Care Services in Five Forks SC please contact the caring staff at The Springs at Simpsonville today. 864-962-8570

Elderly Care Greenville SC-There are many ways that quality of life can and often does improve for somebody after they have selected assisted living for their elderly care for their future. Here are a few ways this can be true for your senior.

Starting the New Year Off on the Right Assisted Living Foot

Assisted Living Greenville SC-For some older seniors, thinking about the future means determining the right type of elder care. There are numerous senior care options out there, but few that can match the benefits that a quality assisted living facility can offer.

Elderly Care Five Forks SC-You need to be discerning, use discretion, and be vigilant in your online searches. When you research well, you’ll find the right assisted living facility for yourself or someone you care about.
Recent Posts
Archives
Categories